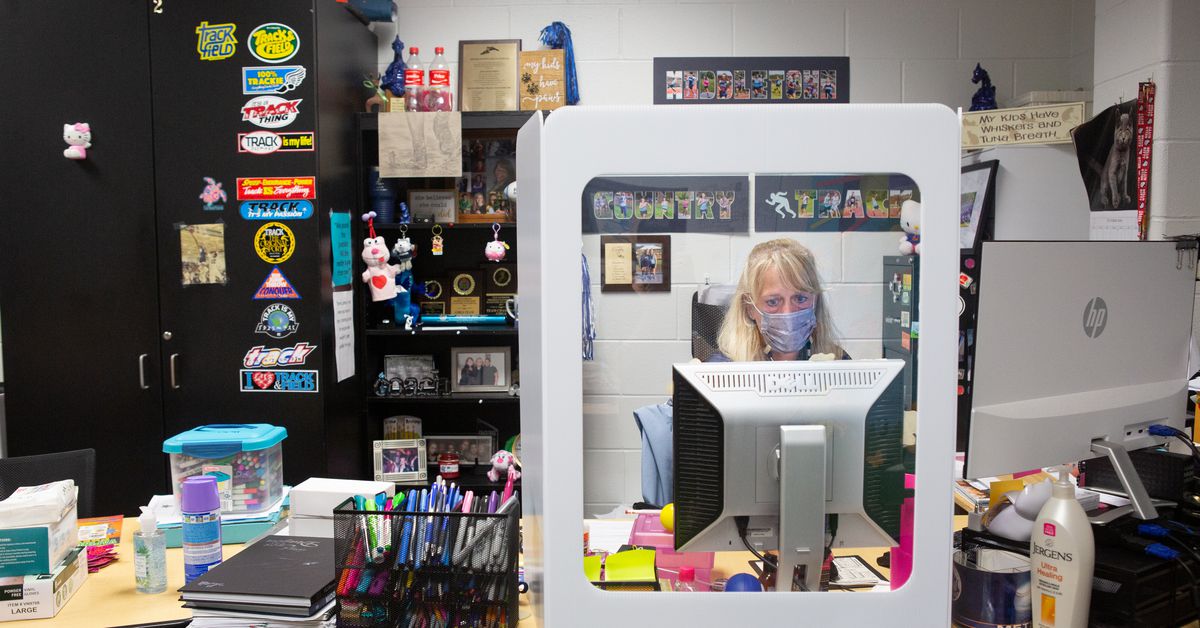 During the first week of school after the winter break, Bronx high school teacher Jennifer Gorman was so exhausted by staff logistical headaches and student absences that she collapsed on the couch on her way home.

This Monday, she discovered another setback: the digital platforms her school relies on to track students’ grades, missing assignments and to keep notes on their mental health were completely shut down.

The systems haven’t flashed back to life all week.

“Murphy’s Law is in full effect,” said Gorman, a teacher at Mott Hall V. “We’ve had one seizure after another.”

New York public schools depend on the tools, known as Skedula and PupilPath, for a dizzying array of tasks. Many schools rely on Skedula as an attendance tracking tool and as a gradebook, keeping track of class averages and missing assignments.

Using PupilPath, which is connected to Skedula, schools can easily communicate this information to parents and students or send SMS. Other schools use it to document behavioral incidents and observations about students’ mental health so that guidance counselors can follow up.

Some schools use attendance features to conduct contact tracing and determine which students should take rapid home tests. And students depend on the information to know if they are able to pass courses and earn enough credits to graduate this year, which is especially crucial as the grading period ends on many campuses.

The disruption comes at a difficult time for schools that need to communicate effectively with parents as coronavirus cases have spiked. Student attendance has dropped significantly since the end of winter vacation, and daily attendance has not exceeded 77%, with well over 200,000 student absences each day.

“There’s never a good time for this to happen, but it’s a bad time,” said Ari Hoogenboom, principal of Abraham Lincoln High School in Brooklyn.

With mental health information and other sensitive data stored on the platform, some educators have raised serious privacy concerns about whether the information could have been breached.

Illuminate Education, the company that owns Skedula and PupilPath, has said little about the outage, which appears to have started last Saturday. A note on its website says “it appears to be the result of an attempted security incident.” A company spokesperson did not say whether any data was stolen.

The company’s chief operating officer, Scott Virkler, released a statement saying the company was trying to restore service as quickly as possible and had “initiated an investigation with the assistance of third-party experts.”

The city has been in regular contact with Illuminate, said Education Department spokeswoman Sarah Casasnovas.

“So far, there is no confirmation that any information about our schools has been accessed or taken,” she said in a statement. “We will continue to monitor this situation very closely and update students, families and schools on new developments.”

The separate Education Department databases, where schools must enter final grades and attendance figures, were not affected, according to Casasnovas.

Neither Illuminate nor the city’s Department of Education said how much New York City public school student data is stored on the platform.

For a vice principal at a Brooklyn middle and high school, losing access to Skedula made the already difficult task of contact tracing even more difficult. The deputy director, who did not want to be named to speak freely, relied on Skedula to obtain attendance information for each class period.

Going through attendance records, she was able to quickly see who was in class with a student or teacher who had tested positive for COVID, as someone who tested positive could have been in classrooms with 70 other students. All day long.

Now teachers record attendance by passing around a blank sheet of paper and asking students to write their names.

On Thursday, the vice principal said she spent the morning with those sheets of paper spread out on the floor of her office, trying to decipher the students’ handwriting and pulling from several databases to determine who had been around. four different students who reported positive COVID results the day before. .

“A one-hour process turns into a four-hour process. I literally do nothing all day except contact tracing — and it’s only gotten worse since Skedula came out,” she said.

On other campuses, even mundane tasks have become complicated.

Neal Green, a teacher at Abraham Lincoln High School, was covering a colleague’s class recently and suspected one of the students in the room was pretending to be another student and cutting out the class. Normally, it would extract Skedula, which includes a photo of each student and associates the face with the name. But Green had to get creative.

“I asked the student to spell his name and he misspelled it,” Green said. “So I knew.”

His school was able to retrieve very limited information from the company regarding students’ current course averages, Green said, raising hopes the system could soon come back to life.

Yet there is a growing sense of unease on some campuses about how teachers will calculate grades that are coming due without access to their digital gradebooks.

“It can’t not come back,” Gorman said. “We don’t have a backup system.”