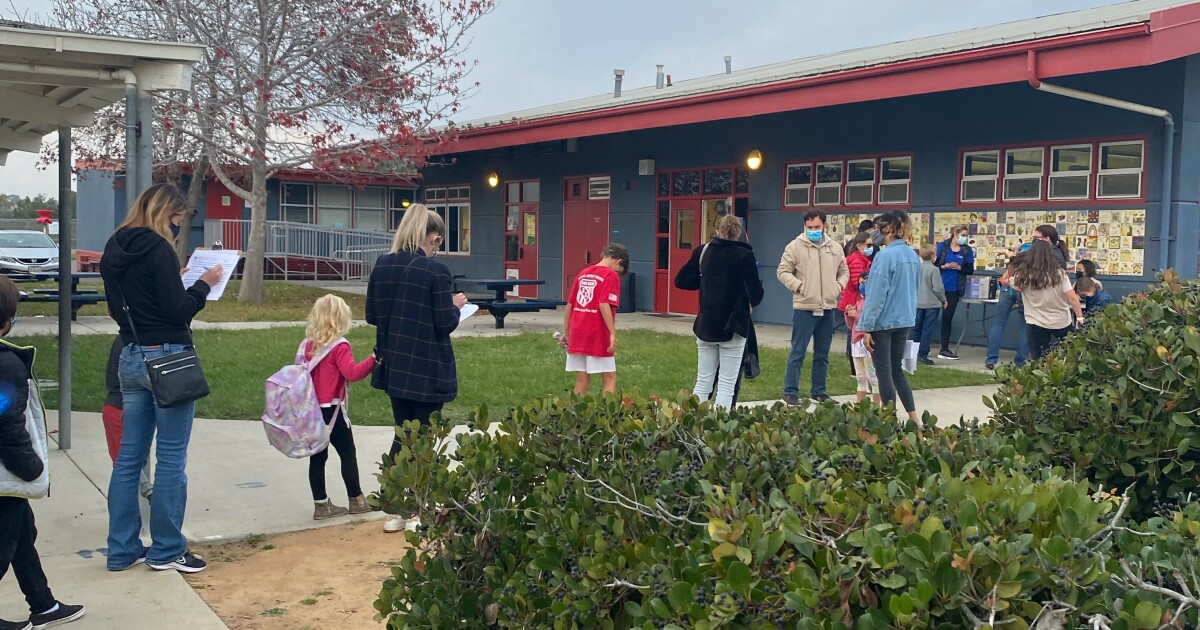 Principals of the five La Jolla public schools that make up the La Jolla Group of the San Diego Unified School District discussed COVID-19 vaccinations and testing, among other issues, at a virtual meeting of the La Jolla Cluster Association on December 9.

La Jolla Primary School principal Stephanie Hasselbrink said her school had no clinics but had “a large number of students who went to get vaccinated” against COVID-19.

“We are also delighted to be back to normal,” said Hasselbrink. She added that the students have made “big gains” academically.

The toilet building will be completed in January, Hasselbrink said.

The trench has started on the lower campus for the two-story building, and during the winter break some classes will be relocated so their classrooms can be renovated for the new school year, she said.

Muirlands Middle School principal Jeff Luna said about 220 of the school’s 730 students are tested every Tuesday morning for the coronavirus that causes COVID-19.

He warned against complacency in mask wearing and social distancing. “Our results have been phenomenal here at Muirlands, and I just want to keep that momentum going and not regress at all,” he said.

Luna said the school will hold a food drive from Monday, December 13 through Friday, December 17 and ask her families to donate canned food, peanut butter and infant formula to the garbage cans in the front of the building. school between 8:15 am. and 8:35 am Items will be donated to a local food bank.

Principal Chuck Podhorsky said that La Jolla High School offers a tutoring program in which around 50 students participate so far.

Many students are gearing up for a “West Side Story” production, with performances starting in late February, Podhorsky said. He reminded anyone planning to attend campus events to wear a face mask.

Merino said SDUSD requires each family to test each student once on Friday, December 31, and again on Monday, January 3, the day students return from a two-week break that begins on Saturday, December 18.

“In this way, we hope to be sure that when our children come back after having had good experiences with you and with their families, we make sure that our schools remain safe,” said Merino.

District communications liaison officer Marisa Berumen said an advisory committee presented the SDUSD board with a list of candidates for the superintendent’s post on December 7.

Former Superintendent Cindy Marten stepped down earlier this year after being appointed Assistant Secretary of the US Department of Education. Lamont Jackson is acting superintendent.

Berumen said the board will announce three finalists for the list on Tuesday, December 14.

SDUSD will then host a community forum on Monday January 10 to collect parent feedback. It may include a question-and-answer session with the candidates.

The format and location of the forum must be determined, and multiple times can be offered, Berumen said. “We try to reach as many families as possible.

The district plans to announce the new superintendent during his district state address on Tuesday, January 18. For more information visit bit.ly/SDUSDSupSearch.

Next cluster meeting: The La Jolla Cluster Association will then meet at 4:15 p.m. on Thursday, January 20, online. Learn more about lajollacluster.com. ??