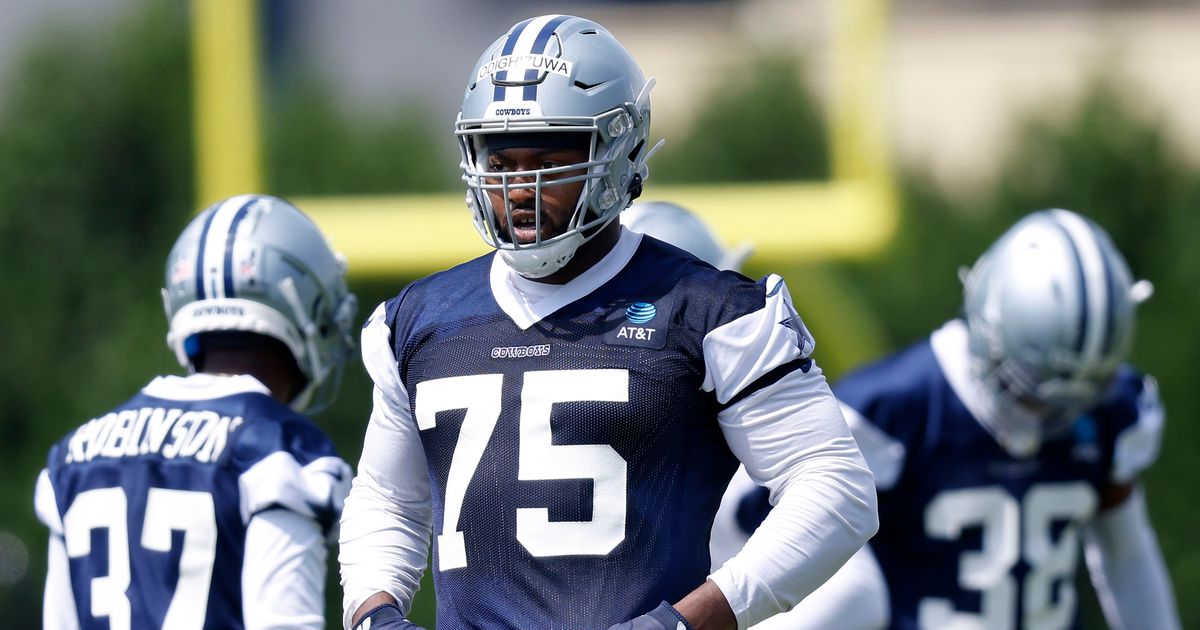 Rookie Osa Odighizuwa’s third round pick and 2019 second round Trysten Hill were placed on reserve / COVID-19 on Saturday shortly before the team’s afternoon flight. Neither will be available against the New York Giants.

Kick-off is at noon CT.

Cowboys DT Trysten Hill is also placed on the reserve / COVID-19 list, a source said. Dallas will therefore be without Osa Odighizuwa and Hill on his interior D line Sunday at the Giants. https://t.co/VR1ksppoVW

Before experiencing symptoms and testing positive, Odighizuwa appeared in all 13 games with 12 starts.

Contracting COVID-19 is the final hurdle for Hill.

He spent the first eight games rehabilitating a torn ACL from last October. He went on to appear in three games in a row, was suspended the next for hitting a Las Vegas Raiders offensive lineman after the game, and returned to Washington last week.

The NFL has seen a deluge of COVID-19 cases in recent days.

Until Saturday, the Cowboys have managed to stay relatively dry.

Wide receiver Cedrick Wilson was their only confirmed case during the workweek. He tested positive Monday morning but cleared the protocol on Friday morning.

The NFL has postponed three games due to outbreaks elsewhere in the league. The Giants will play with eight players in reserve / COVID-19.